As the weekly open commenced Bitcoin price dropped below $9,000 in a rapid pullback, liquidating $30 million in longs on BitMEX alone. According to market data, part of the sell off was the movement of crypto whales closing positions which led to panic selling among retail investors.

Whales—individual investors that hold an immense amount of Bitcoin—have the ability to significantly impact the price of BTC and according to on-chain data provider CryptoQuant, the recent selling is indicative of the start of a bear trend within the market.

“The BTC reserve at Gemini hit a year-high a few days ago, and then it started to decrease. This could be a local buying opportunity in the short-term, but in the macro-view, the reserve trend seems to go downward.”

The last time BTC reserves fell abruptly at a pivotal price point was in February 2020 when Bitcoin hit $10,500. In the next six weeks that followed the price dropped to as low as $3,600. 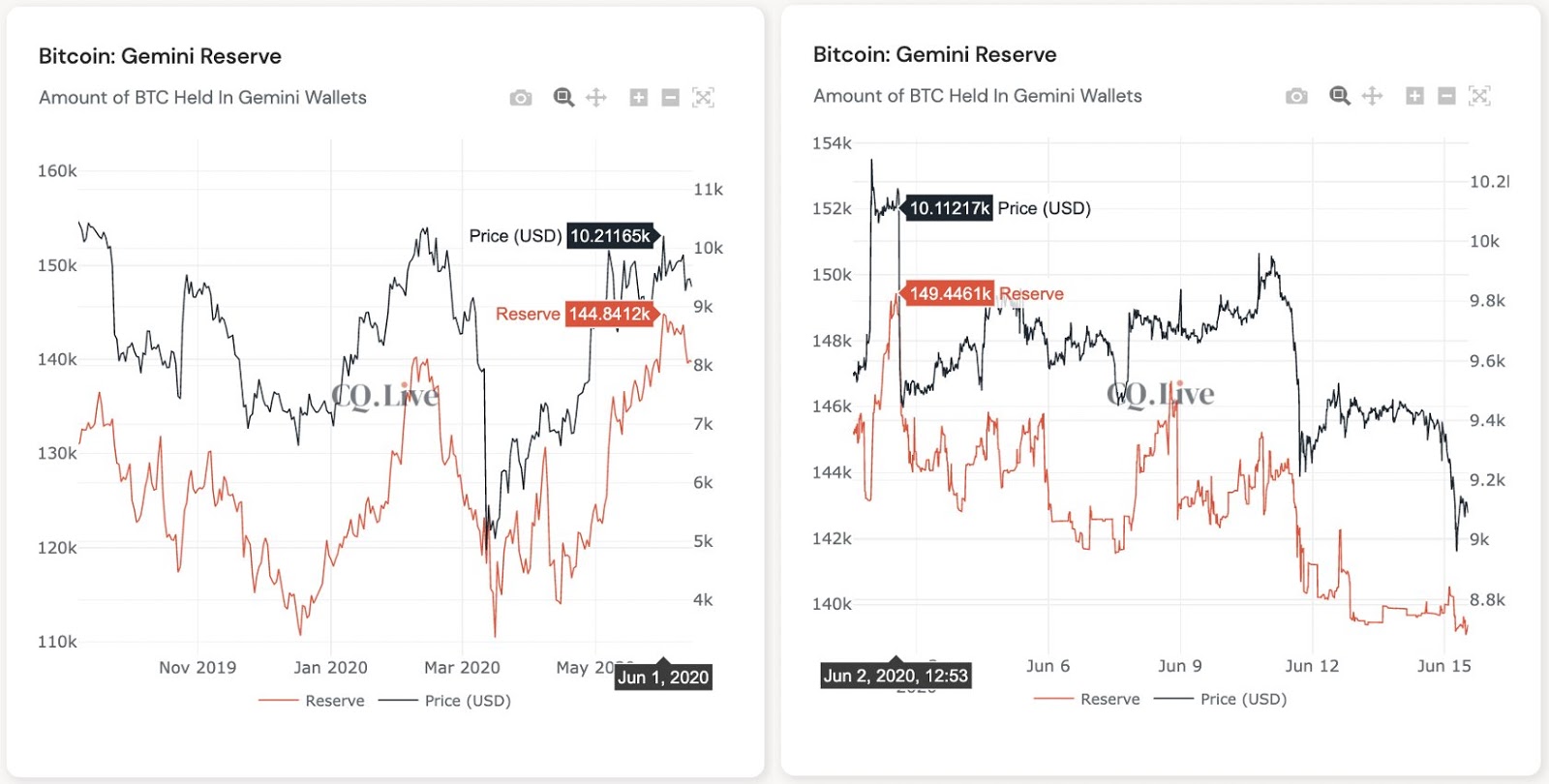 Why are whales selling?

There are three reasons whales feel the need to take profit at the current price level. One is that Bitcoin price rejected violently at $10,500 violently twice in the last 11 months. The others are that the mining difficulty of mining is expected to see its biggest increase since January 2018 and spot trading volume is declining.

For whales that hold large amounts of Bitcoin, liquidity is key. If there are not enough buyers in the market and one large whale begins to sell, it can trigger a cascade of sell order and liquidations.

When the volume of the spot market stagnates and futures market activity increases, for whales, it triggers concerns of a rapid correction in the near-term.

For instance, on March 13, the price of Bitcoin dropped by 50% overnight below $4,000 because whales started to sell high up. It then led to a sharp sell-off which ended with $1 billion in futures contracts  being liquidated in what is now the steepest single-day pullback in Bitcoin history.

Whales are seemingly taking profits after a massive 130% rally over the last three months. By doing this they are able to safeguard their holdings and can also hedge against relatively low volume in the cryptocurrency market.

As with previous sell-offs, major investors are also probably considering the current geopolitical risks and volatility in the global stock market as external variables that may affect the momentum of the cryptocurrency market. 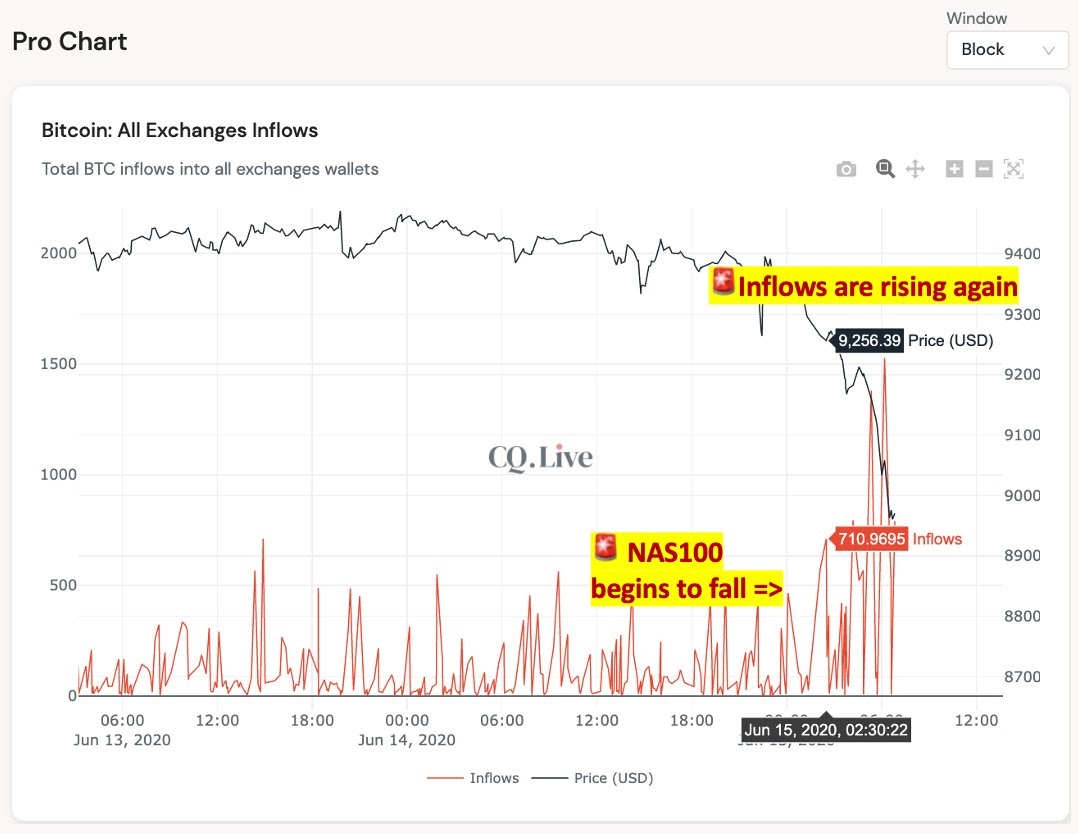 What happens to Bitcoin next?

For the time being, analysts are pointing to BTC whales at Coinbase and Gemini as the catalysts of the recent pullback.

“BTC Exchange inflows are surging again. 15,597 BTC has been flowing into exchanges since 15 June, 02:00 UTC. Whales from Coinbase and Gemini moved just before the dip.”

With the Dow Jones Industrial Average (DJIA) and key stock market indices across Europe and Asia continuing to drop, a correction of Bitcoin at an uncertain period like this may lead to a fierce reaction from investors.

For the short-term, investors will be closely watching to see if Bitcoin can manage a close above the $9,400-$9,500 zone.

Bitcoin Funding Rates Flip Negative as Sellers Build Momentum; What to Watch For