Investors' perception of crypto is changing for the better: Economist survey

Community fires back at anti-crypto letter sent to US lawmakers

Recently, some of the 120,000 Bitcoin (BTC) that were stolen from Bitfinex in 2016 started moving again. Here is what has been happening with this stash of coins valued at over $1 billion.

$1 billion in BTC waiting to be dumped

Thusfar, the hackers have moved less than 3,000 BTC out of almost 120,000 BTC that they managed to steal from the exchange. The highest proportion of coins that have been spent went to the darknet marketplaces, with the Russain giant Hydra leading the pack with 736 BTC. This is worrisome as it would imply that a large amount of Bitcoin could be dumped on the market at any point. On the other hand, this could be an indication that it is becoming increasingly difficult for criminals to launder stolen cryptocurrency.

On June 2, 82 of the stolen Bitcoin was transferred to private wallets where it still resides. Two other transactions occurred on the same day. 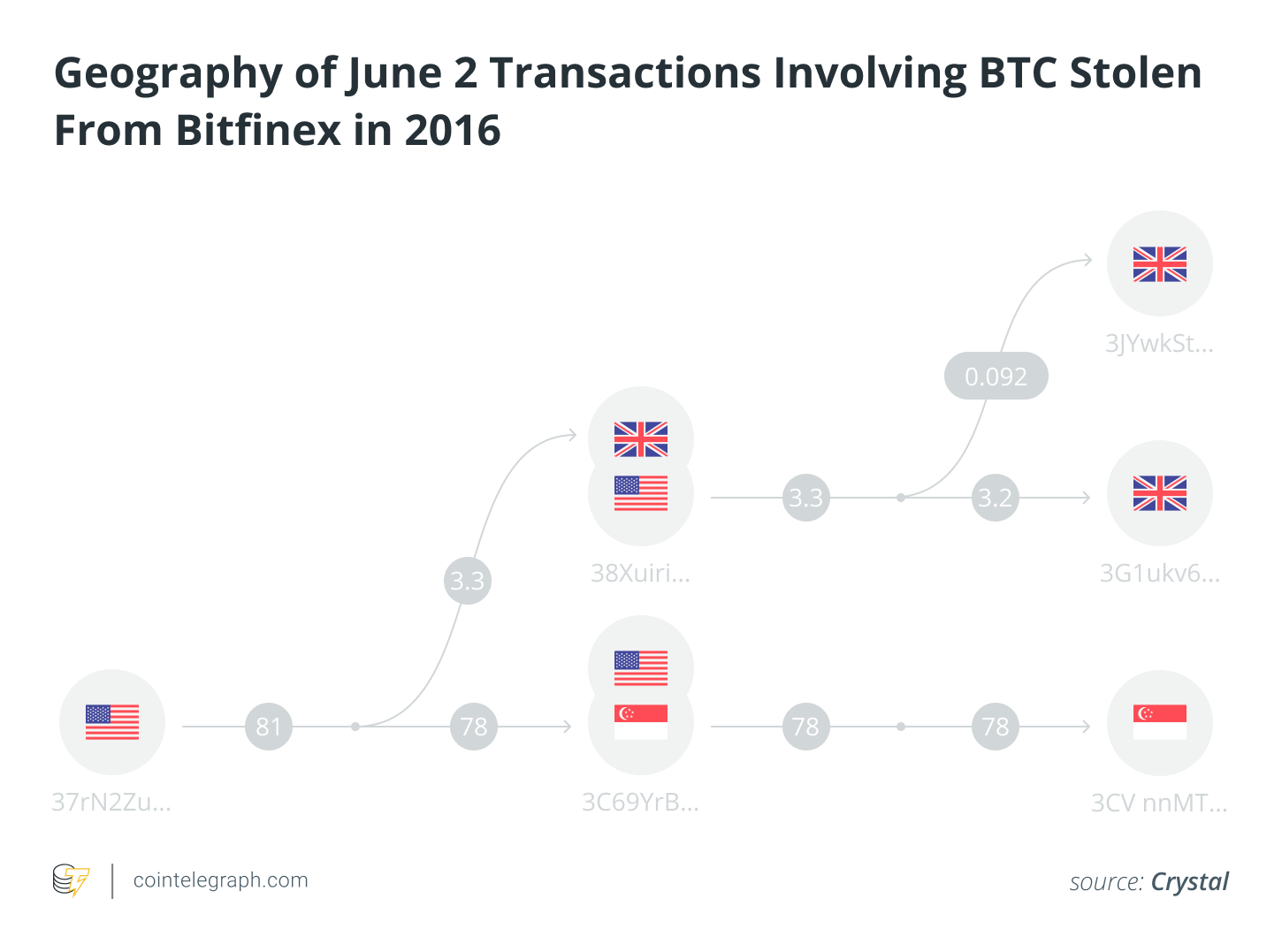 We traced the geographic origin of these transactions. These transactions came from the U.S., U.K. and Singapore. Likely, this would indicate that the thieves were using a VPN to obfuscate their true location.

Another interesting observation is that apparently some of the stolen BItcoin found its way to Huobi, Binance and Bitfinex in 2019. 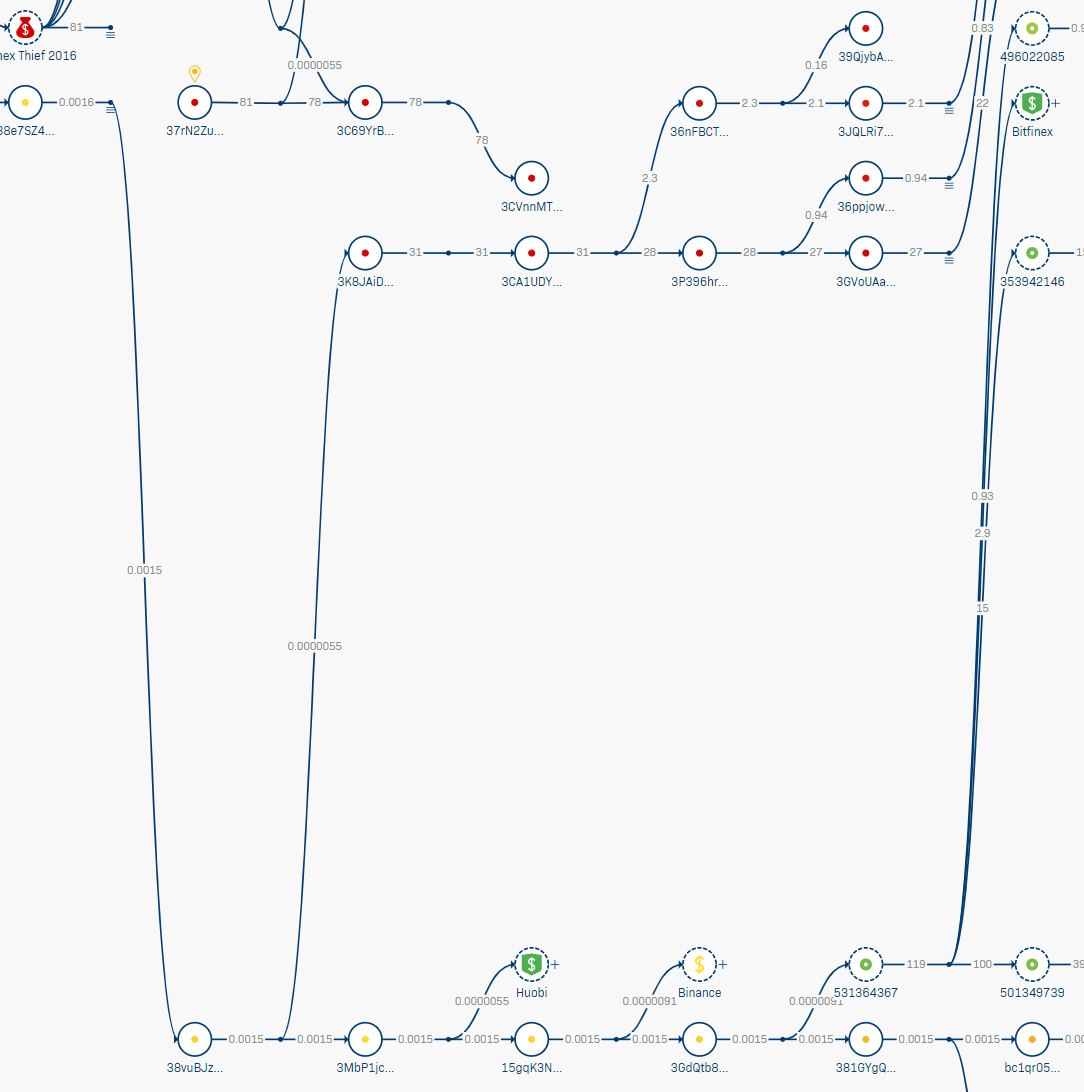 We cannot make this conclusion with complete certainty, but what we know is that there were no identified entities like exchanges, mixers or payment processors between the origination point and those exchanges. If our conclusions are correct, then those exchanges should have the names of the hackers or their accomplices.