Bitcoin and government bonds will battle each other to secure a position in the world’s leading global hedge funds, according to Dan Tapeiro, the founder of New York-based investment firm Dtap Capital Advisors.

The veteran investor on Friday said funds with at least 40 percent exposure in the bonds market would need to find a replacement for it. That is because more than 90% of the government bonds are trading at yields below 1 percent. Risking poor returns, fund managers will reshuffle their allocations for safe-haven alternatives.

“Nothing more bullish for gold and bitcoin,” said Mr. Tapeiro. “[It is the] beginning of the end for [government] bonds as a functioning productive asset class. Traditional 60/40 portfolios will need to find a new defensive asset to replace a portion of the 40%.”

That worked as a double-edged sword on the overall bond returns. Hedge fund managers hold it because they guarantee positive long-term outcomes despite the risk of inflation caused by money printing. At the same time, they tend to bend their 60/40 investment rule to seek short-term profits from riskier safe-havens.

That is where Bitcoin, an emerging asset, could benefit. Bloomberg, in its recent report, noted that new quantitative easing measures from global central banks could raise demand for “stores-of-value such as gold and bitcoin.” Mr. Tapeiro repeated the same, adding:

“Gold is the most liquid best defensive asset that exists.” 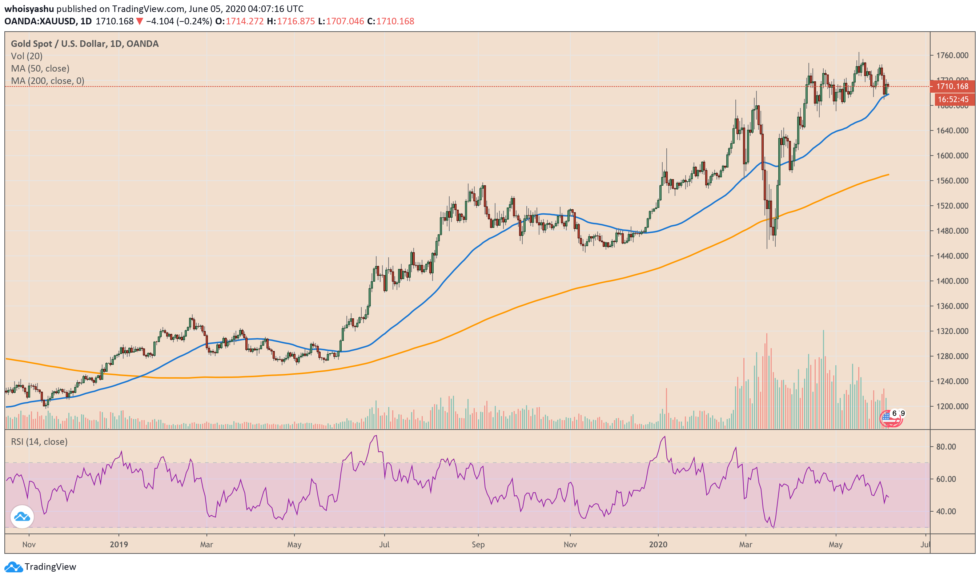 Both Gold and Bitcoin are trading higher than global equities on a year-to-date timeframe. But Bitcoin has largely surpassed the yellow metal in terms of yearly returns. As of Friday, the cryptocurrency was sitting atop 36 percent YTD profits. In comparison, spot gold was trading 12.69 higher.

A $20,000 Bitcoin is Possible According to This Bullish Fractal