According to Ki Young Ju, CEO of CryptoQuant, capitulation by an unknown mining pool was responsible for the latest market dip.

The miner who has produced 51 blocks over the past four days may be capitulating, reports Ki Young Ju. The 51 blocks produced by the mining pool came with a reward of 637.5 BTC, 9% of the total over that time period.

This miner sells only when price is high

Meanwhile, since May 20th (but not including today) the largest unknown mining pool — it has the fifth biggest hashrate — has moved 12,571 BTC out of its treasury. As Ki Young Ju explained to Cointelegraph:

They [mining pools] don’t move Bitcoins unless they decide to sell it. Each miner has a different wallet management system. Major mining pools send BTC to exchanges periodically, and the largest unknown mining pool, they only move their Bitcoins when the BTC price reaches the top.”

Today, the same mining pool has moved several thousand BTC. However, it may be that this miner is not capitulating, but just took the opportunity to liquidate its inventory at a price that it found attractive. As with all Bitcoin price movements, it’s not entirely clear what is behind it and whether this miner caused the dip. But it comes on top of the reports that show that miners are currently selling more Bitcoin (BTC) than they are generating.

Obviously, since the halving, block reward has been cut in half; however, the actual production has suffered even a greater setback due to the falling hashrate rate and an increase in the block time interval. 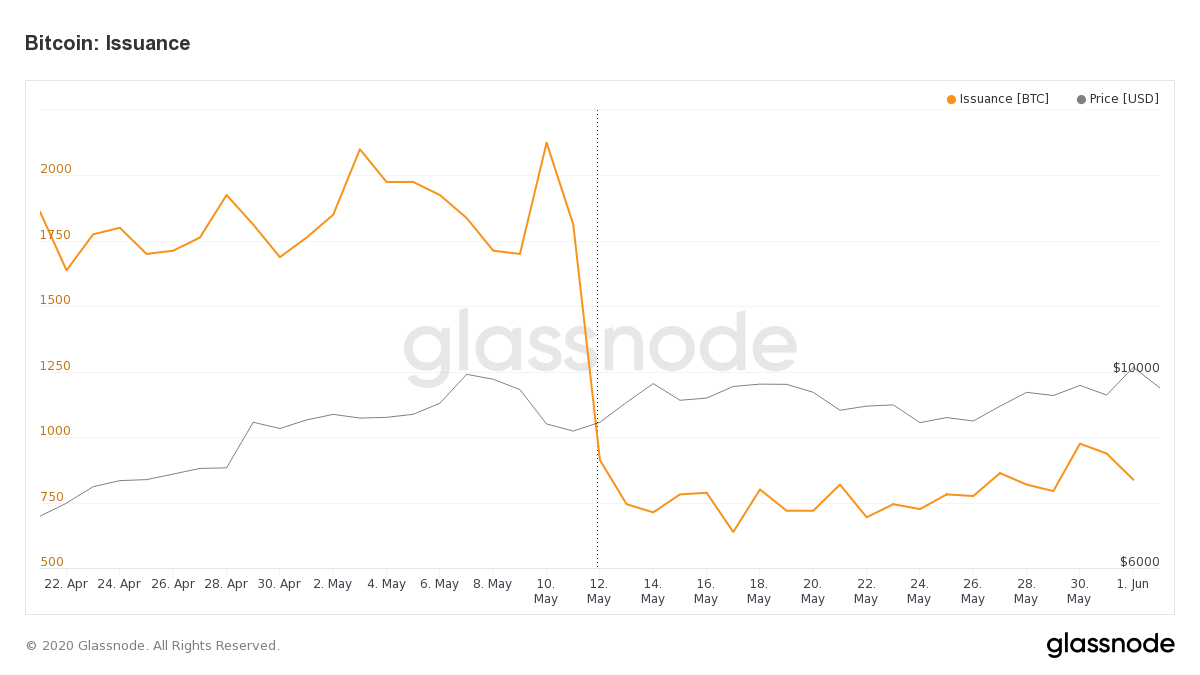 Many less efficient miners are at a crossroads now — should they permanently stop production or persevere until either the price climbs high enough to make up for lost production or until they receive newer more efficient mining equipment.

Nonetheless, experts surveyed by Cointelgraph believe that in the long run, the shakeout of inefficient miners will produce bullish outcomes for Bitcoin.

Crisis Will Push BTC to $300K Even Without Institutions

These Warning Signs Flashed Prior to Bitcoin’s Capitulatory Decline to $9,000