Three major factors that caused the price drop were long contracts accounting for the overwhelming majority of the Bitcoin market, BTC reacting to a multi-year resistance at $10,500 and whales dumping.

Bitcoin was overdue for a long squeeze

Before the price correction occurred, the funding rate for Bitcoin and Ether (ETH) hovered at around 0.16% and 0.19%, respectively.

The term funding rate in the Bitcoin futures market means the fee long contract or short contract holders have to pay their counterparts to establish balance in the market.

The funding mechanism prevents the market from swaying to majority longs or shorts for an extended period of time.

A signal something was amiss was the fact that prior to the price drop Bitcoin’s funding rate was too high and around 75% of the market was holding long contracts.

The majority of traders were anticipating Bitcoin price to increase and were aggressively longing the market. Inevitably, a long squeeze occurred, liquidating about $120 million worth of long contracts. 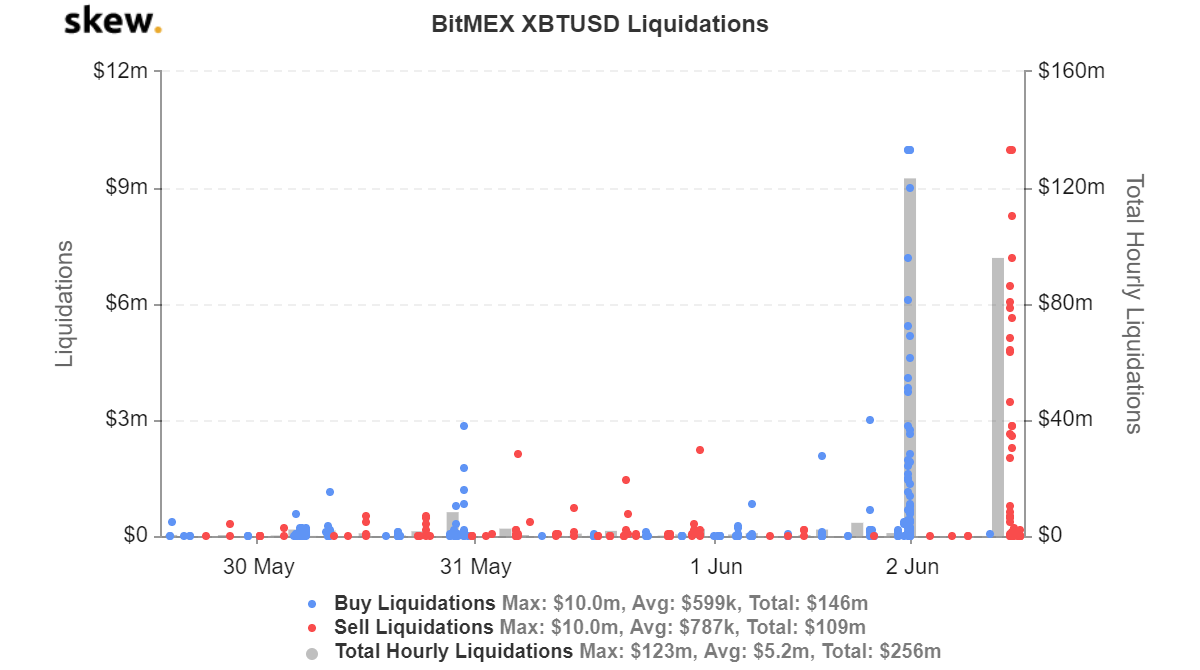 The price of BTC also fell exactly as the U.S. market opened. It suggests the CME Bitcoin futures market was partially behind the sell-off in BTC.

BTC rejects at a multi-year resistance

Bitcoin has tested the $10,500 resistance level a total of three times in the past eight months.

The top-ranked cryptocurrency CoinMarketCap rose to as high as $10,500 in October 2019. Within four weeks, it dropped to $6,400, bottoming out in a six-week span.

As BTC fails to reclaim the same level for three consecutive times, the question traders are asking is if BTC is ready to break out of it and initiate a proper bull trend in the coming weeks.

Given the intensity of the drop and the breakdown of the short-term market structure, the probability of seeing Bitcoin testing higher resistance levels in the near-term found at $11,500, $12,400 and $14,000 decreased with the recent price action.

A few hours before the drop happened, whales moved their funds to BitMEX and Binance.

“Multiple significant BTC inflows from Binance and BitMEX a few hours before the dip.”

BitMEX and Binance inflows before the drop to $8,600. Source: CryptoQuant

The combination of whales selling Bitcoin right at a multi-year resistance with high funding and the majority of the market being long triggered a strong long squeeze within a short period of time.

Crypto Could Save Millennials From the Economy That Failed Them