When Bitcoin crashed to $3,700 this March, many were no doubt scared to invest. After all, when the crash transpired, there were traders — and prominent traders at that — seriously expecting the cryptocurrency to fall off a price cliff.

Long-time commodities trader and Bitcoin investor Peter Brandt, for instance, wrote on the day of the crash:

Yet data has shown that since the crash, both retail and institutional investors have been accumulating BTC at a rapid clip. There’s been such a strong influx of Bitcoin buyers that it may be the accumulators, not traders, that drove a majority of the recovery from March’s crash.

Bitcoin Retail Investors Are Accumulating at a Rapid Clip

According to crypto analytics firm Glassnode’s co-founder and CTO, Rafael Schultze-Kraft, the number of Bitcoin addresses holding at least 0.1 BTC has risen by 14% over the past 12 months, and by over 200,000 addresses since the start of the year.

“There are now more than 3 million Bitcoin addresses holding at least 0.1 coins (Current value: $975 USD). That’s 14% more addresses than one year ago today,” Schultze-Kraft wrote in reference to the chart below.”

Some of the addresses accumulating are likely larger players, but the rapid uptick in this metric signals strong retail interest in BTC.

The trend of retail accumulation has been reflected in the Bitcoin futures market.

Crypto news aggregator Unfolded recently shared the chart below, indicating that the net position count of accounts on the CME deemed “retail” has hit an all-time high of over 2,300 contracts: 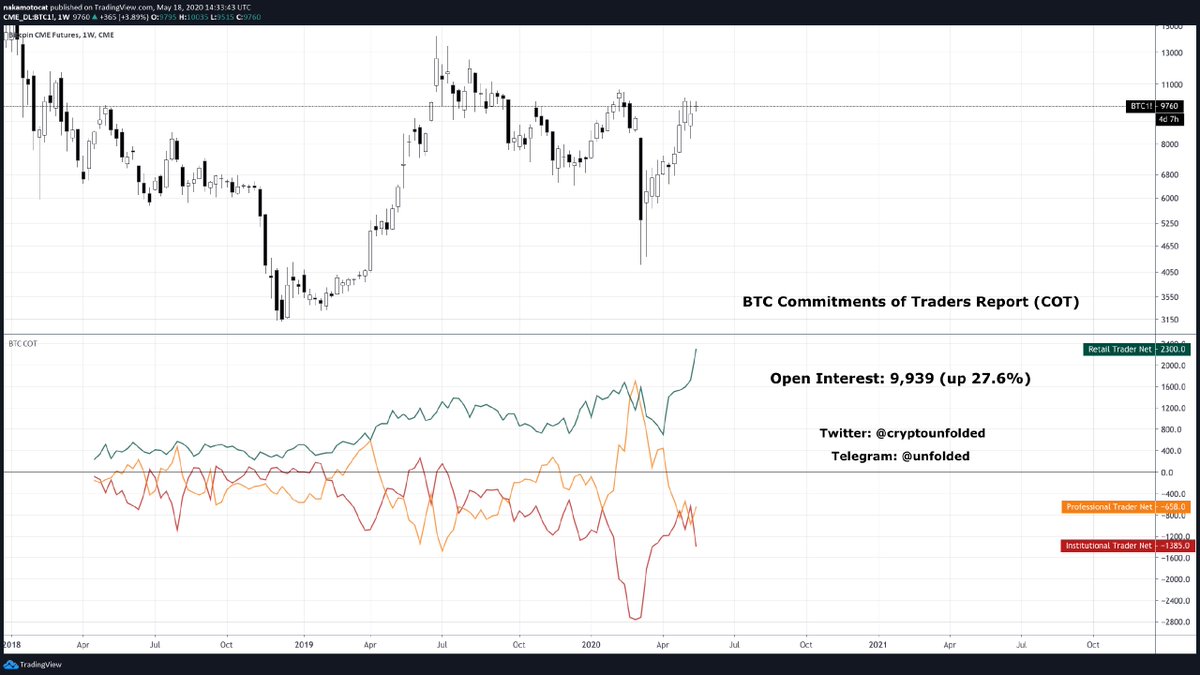 Chart from @CryptoUnfolded on Twitter of the market composition of the CME Bitcoin futures market.

Institutions, too, are rushing to purchase Bitcoin like those on Main Street.

As put best by Adamant Captial’s Tuur Demeester in a recent interview with Messari: it’s a “land grab phase” in the BTC market, which has seen many institutional players try and dip their toes in the crypto water as fast as they can.

This much was made clear by the entrance of Paul Tudor Jones, a billionaire hedge fund investor, into the Bitcoin space this month. Jones wrote in a report:

“At the end of the day, the best profit-maximizing strategy is to own the fastest horse. If I am forced to forecast, my bet is it will be Bitcoin. So, we need to adapt our investmentstrategy. We have updated theTudor BVI offering memoranda to disclose that we may trade Bitcoin futures for Tudor BVI. “

The simultaneous influx in retail and institutional demand bodes well for the flagship cryptocurrency. After all, Bitcoin, like almost any other market, is predicated on supply and demand: the strong increase in demand for BTC we have experienced — coupled with a decrease in supply because of the halving — should give Bitcoin a higher equilibrium price.

Bitcoin Price Past $10K? It Only Needs 0.7% of US Stimulus Check Money