17% Of Miner Revenue is Coming From Fees

With the block reward cut in half, miners are relying on Bitcoin (BTC) transaction fees to sustain themselves to a much greater extent.

Miners lost 61% of their revenue

May 10, miners earned 2188 BTC, May 12, this number fell to 852 BTC — a 61% drop. The halving of the block reward forced some miners off the chain, reducing the network hashrate. This in turn led to the increase in block interval, meaning that fewer block processed in a unit of time, decreasing the number of block rewards available to the miners.

What has unfolded thus far could be called a mini death spiral scenario. The only saving grace for miners is that network congestion has led to a sharp increase in the cost of transaction fees — from $0.62 at the end of April to $5.21 on May 15. Currently, as a result of this dynamic, transaction fees account for 17% of the miners’ revenue. This is the highest proportion since January 2018. Miners revenue denominated in USD has declined from $19.25 million on May 9 to $7.82 million on May 12; a 62% decrease. The next difficulty adjustment will take place in three days. However, live calculation is predicting an increase in difficulty because the hashrate grew substantially prior to the halving. However, by the time it comes around, there will likely be a small decrease in the difficulty, which should help the remaining miners. 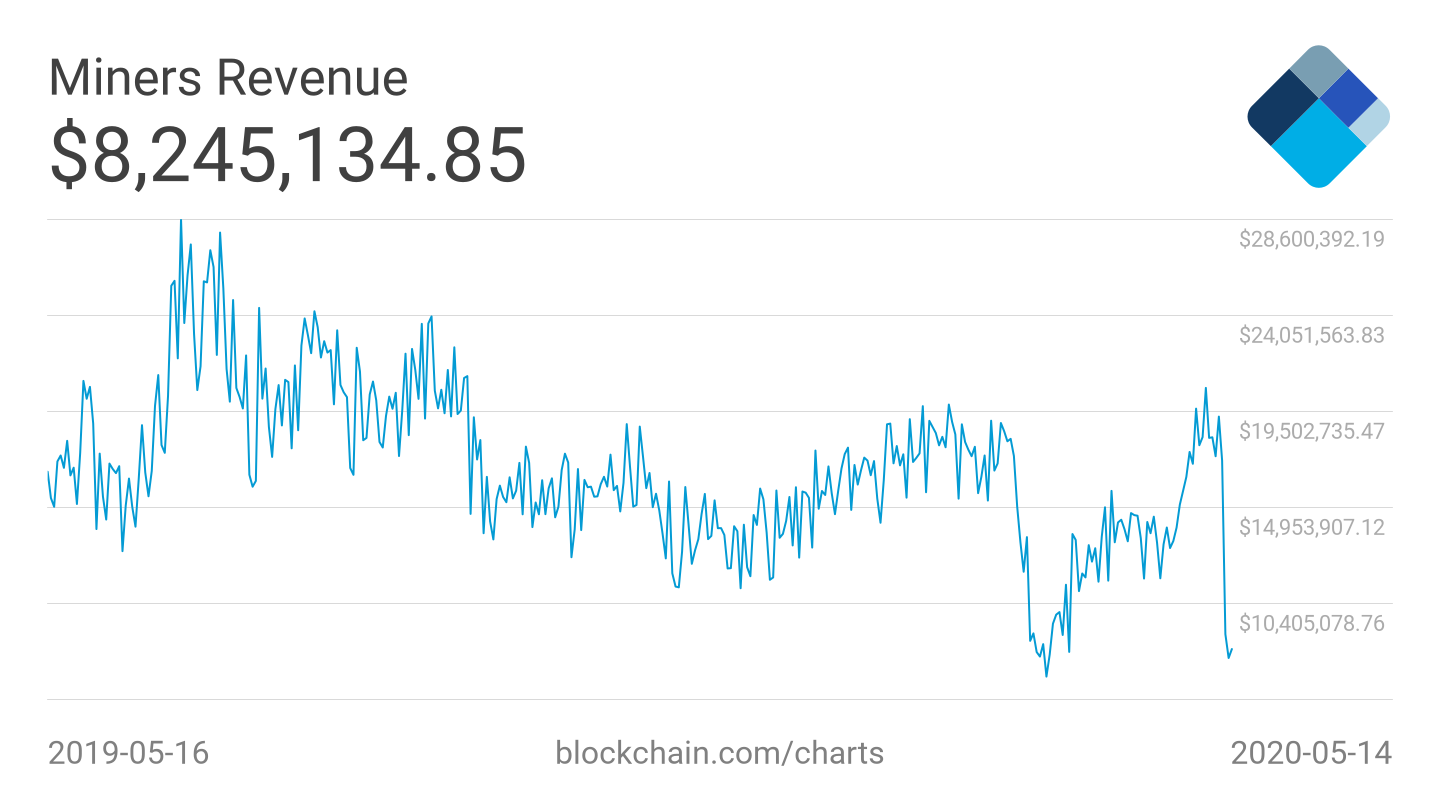 It is possible that as Bitcoin matures and each new halving further cuts the block reward until eventually, there are no more new Bitcoins to mine, that miners will have to rely more on the fees. However, higher fees will make the network less attractive for the users.

As Cointelegraph reported earlier, paradoxically, many of the mining industry insiders believe that the drop in hashrate is a bullish sign for Bitcoin as it will make the remaining miners more profitable.