Bitcoin has been experiencing some lackluster price action throughout the past several days and weeks, with the crypto hovering around the $7,000 region as its bulls and bears reach an impasse.

This boring price action has not corresponded with the massive issuance of stablecoins like Tether (USDT) – leading some analysts to deem this as Bitcoin’s “Tether printer divergence.”

The phenomenon has been seen in the past and is historically followed by intense uptrends.

Bitcoin has been seeing some choppy trading between the upper-$6,000 region and the lower-$7,000 region for the past several days.

This has marked what appears to be a temporary end the crypto’s firm uptrend that was sparked when it dipped to lows of $3,800 in early-March.

One interesting thing to be aware of is that the issuance of new stablecoins – and USDT in particular – has ballooned in recent times, signaling that these newly minted tokens will ultimately be cycled into Bitcoin and other cryptocurrencies.

The demand for these stablecoins could be coming from a myriad of difference sources, and one analyst believes that there are three primary suspects – including wealthy Chinese, institutions looking to de-risk, and “smart money” accumulating a fixed supply hedge.

“An unprecedented flood of stablecoin is being issued. It’s likely liquidity for: -Chinese wealth bypassing capital controls -Institutions that’ll de-risk on the next leg down -Smart money accumulating a fixed-supply hedge against collapse,” he said while pointing to a chart showing the growth in USDT issuance.

Here’s Why This is Super Bullish for Bitcoin

As for how this could impact the benchmark cryptocurrency, the same analyst refers to a phenomenon called “Tether printer divergence” to explain how it could be bullish.

“BTC is experiencing Tether printer divergence. That story always seems to end the same way,” he said while referencing the below chart. 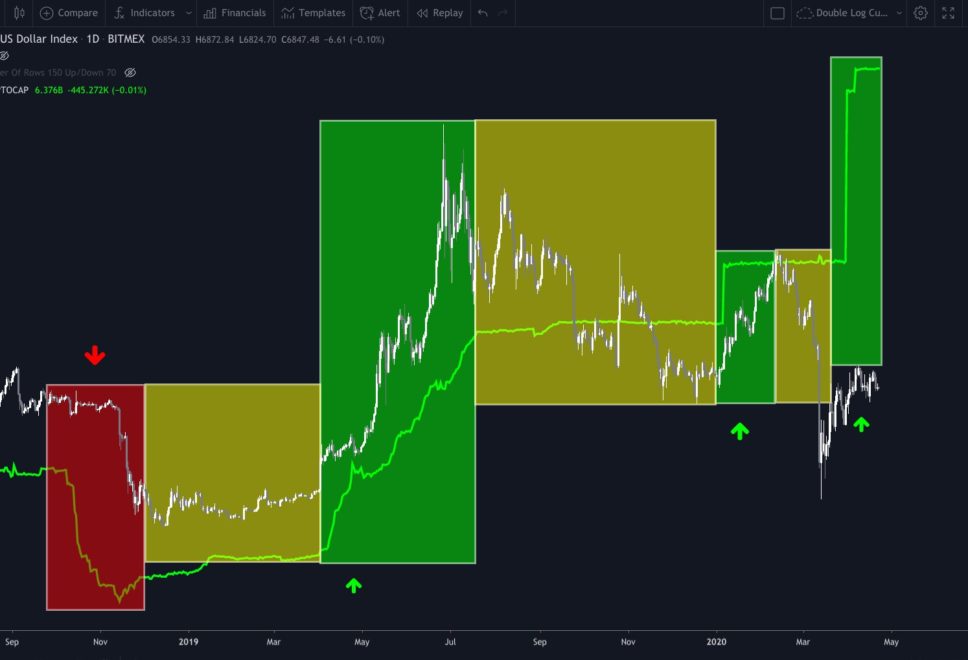 While looking at this chart, it does appear that USDT issuance front runs Bitcoin’s price action.

If history repeats itself, this means that the cryptocurrency could be poised for a major rally that is fueled by investors funneling these stablecoins into BTC.