What The Impending “Triple Halvening” Means For The Future Of Ethereum

Ethereum has been particularly impacted by the crypto market’s recent downturn, with the second largest cryptocurrency erasing the vast majority of the gains that were incurred as the result of its recent uptrend seen last week.

It now appears that ETH is well positioned to see further downside due to the weak market structure formed as a result of this decline.

One prominent trader is noting that he anticipated the crypto to continue pushing lower until it drops to where it was trading at before its latest rally.

At the time of writing, Ethereum is trading down just under 5% at its current price of $172, which is around the point at which it has been trading at in the time following its recent decline from daily highs of over $180.

Because its descent has slowed here, this may be where bulls have been able to establish some meaningful levels of support.

In the near-term, how ETH trends will likely be guided in part by Bitcoin. The benchmark cryptocurrency is currently trading above its key support at $6,800, and it does appear to be at grave risk of losing this level.

One technical factor that could help catalyze a big movement for Ethereum – in either direction – is a flag it has formed on its daily chart.

An analyst on Twitter pointed to this formation in a recent tweet, simply posing the question “to run or not to run?”

It does appear that a similar triangle pattern resulted in a breakout last week, but this loose formation could lead to a big movement in either direction and isn’t explicitly bullish as of yet.

Analyst: ETH Likely to Retrace All of Its Recent Gains

Other analysts don’t seem to think this triangle formation will result in any further upside, as one is noting that he expects the crypto to decline towards $150 and erase all of its recent gains.

“Ethereum: Same view here. Pretty much bearish outlook for now, unless price reclaims $174 with a higher timeframe candle close. If so, I’m expecting the highs to be reached. Otherwise I’ll target $152-158,” he noted. 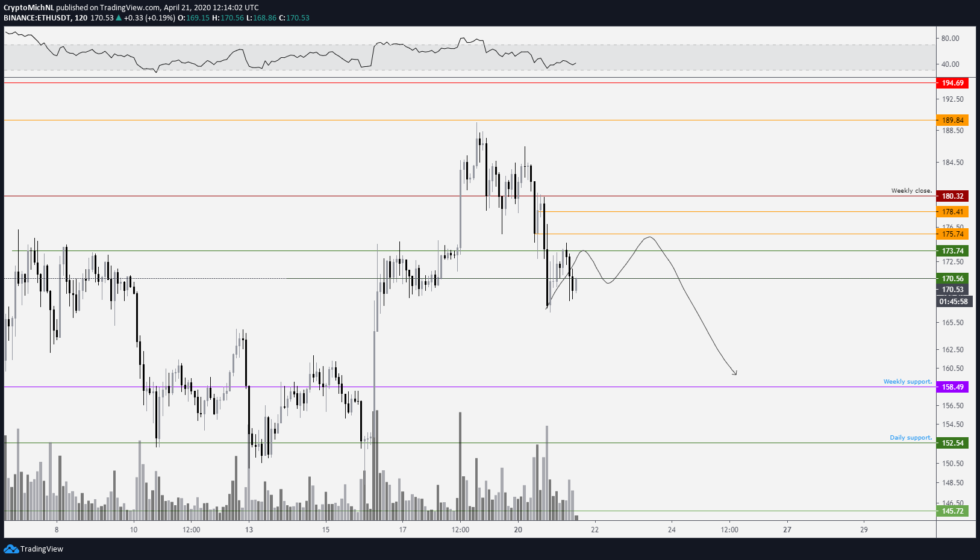 Whether or not Ethereum reclaims $174 will likely be dependent on Bitcoin’s near-term price action, but it does appear that its mid-term outlook is growing rather grim.

“CeFi and DeFi will eventually merge”