The wider economic outlook is extremely uncertain right now. But even as unemployment rises and fiat continues to debase, there are plenty of reasons to be bullish on Bitcoin. Let’s take a look at the top five today.

Despite some uncertainty surrounding the upcoming Bitcoin Halving and whether the lower-than-expected Bitcoin price may result in miner capitulation leaving the network vulnerable, investor and analyst PlanB is still confident.

He believes that it will play out in the same way as Bitcoin’s two previous halvings. Not only will it teach us more about the “underlying fundamentals” this time but it will also 10x in price within two years.

As per S2F model I expect 10x price (order of magnitude, not precise) 1-2 yrs after the halving.

2. No One Can Freeze Your BTC

This is a fundamental concept that you probably already have pretty clear by now. But in times of global economic uncertainty where banks impose withdrawal limits and can even freeze your account, it pays to remember that no one can freeze your bitcoin (if it’s stored in your own wallet of course).

In fact, no central actor can interfere in the transactions you decide to make either. As BTC advocate JP tweeted today, his bank account was frozen because they didn’t like what he’d been buying: Bitcoin. As he pointed out ironically: 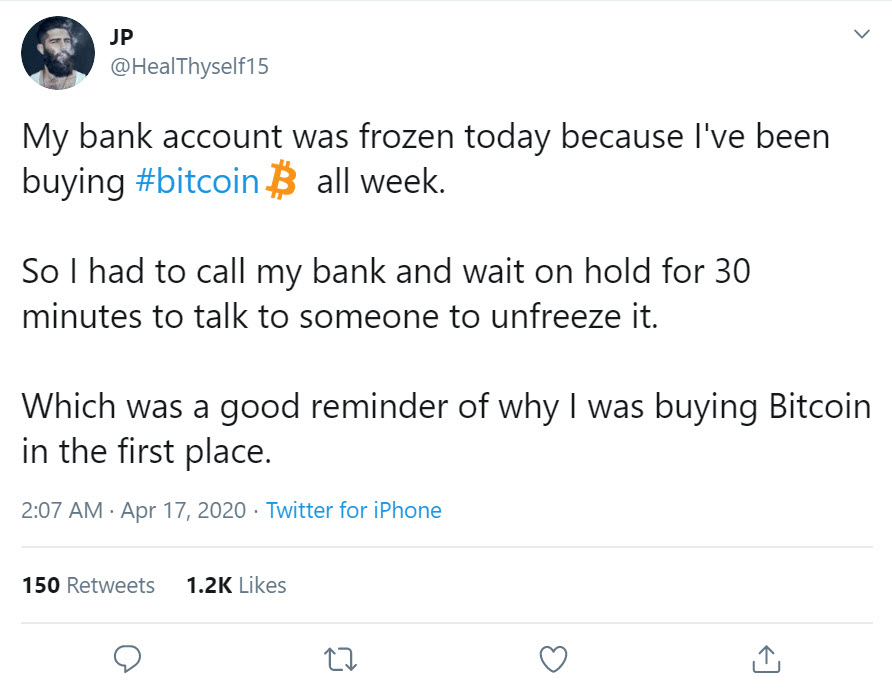 3. Bitcoin Is a Choice – It’s Not Forced Upon You Like Fiat

Investor and Bitcoiner Stephen Cole reminded us yesterday that Bitcoin is about more than transferring value without intermediaries or an efficient way to store your savings. It’s actually a conscious choice to opt-out of the existing system:

It’s my vote, my protest, and the only meaningful way I see of fighting a broken, corrupt destructive system. 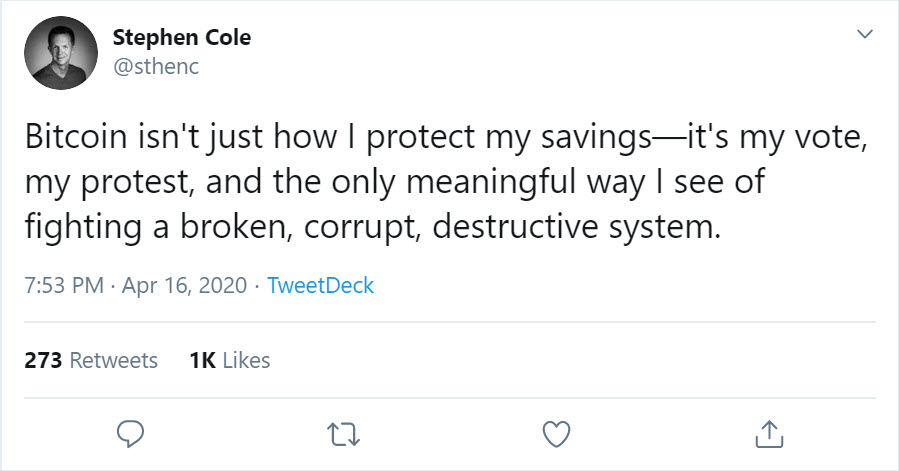 4. BTC Is Free From Central Actors

As the Federal Reserve continues to print money to bail out large corporations and central banks around the world respond, fiat will ultimately see a great devaluation leading to steep inflation.

Many people still don’t realize that expanding the money supply by 20% actually means they’re being taxed by 20% as prices go up.

In these times, it pays to remember that no one can interfere with Bitcoin and debase everyone’s holdings from one day to the next. How many bitcoin were printed for corporate bailouts? Zero. Exactly. 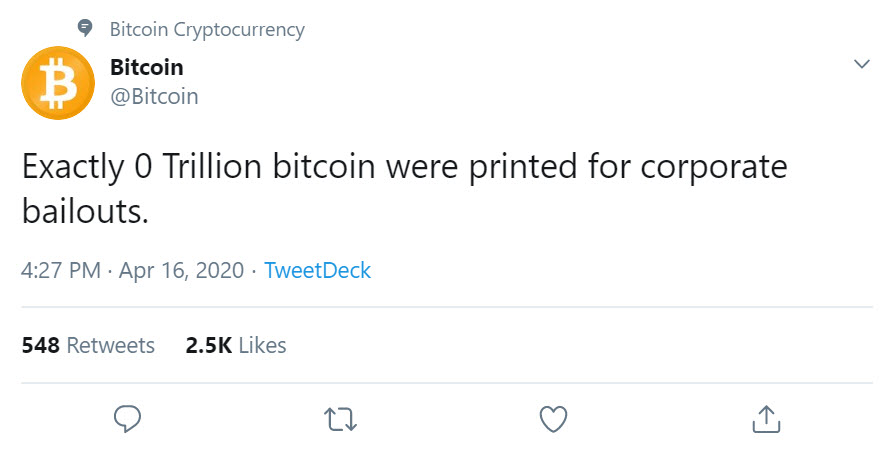 Despite recent similarities in movements in both the crypto markets and stocks, crypto trader advisor and consultant, Scott Melker still argues that they are not correlated assets.

The economic chaos that will be left from the response to the pandemic will ultimately see BTC and stocks part ways once more–for the long term. 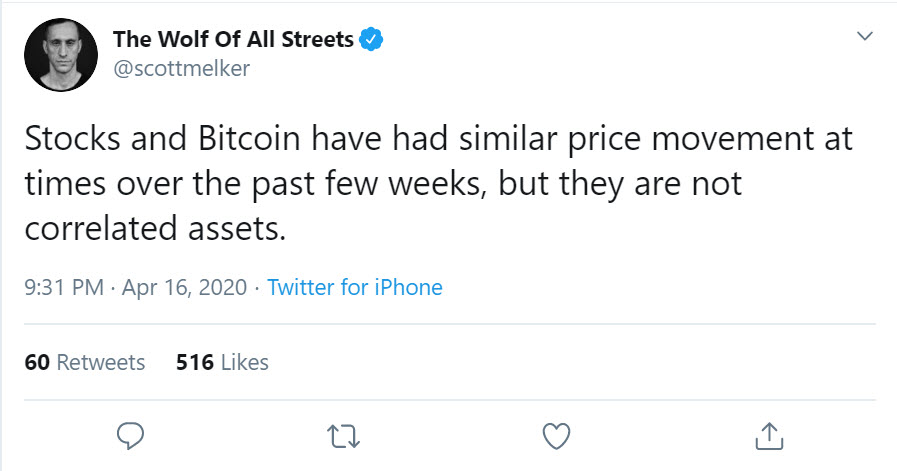 So keep in mind that, as bad as the world seems right now, there are plenty of reasons to be bullish on Bitcoin–and these are just five.

5 Things That Will Impact the Crypto Market This Week