All markets have been showing a strong surge in the past weeks, including Bitcoin (BTC) and cryptocurrencies. The price of Bitcoin has seen a 100% surge in a matter of three weeks since the crash.

However, is such a rally sustainable in the current economic environment? And what is needed for a further continuation upwards in the cryptocurrency markets?

The price of Bitcoin has been seeing a significant rally since the massive crash on March 12, as the price rallied almost 100%. However, the rally came to an end as the uptrend was lost two days ago. 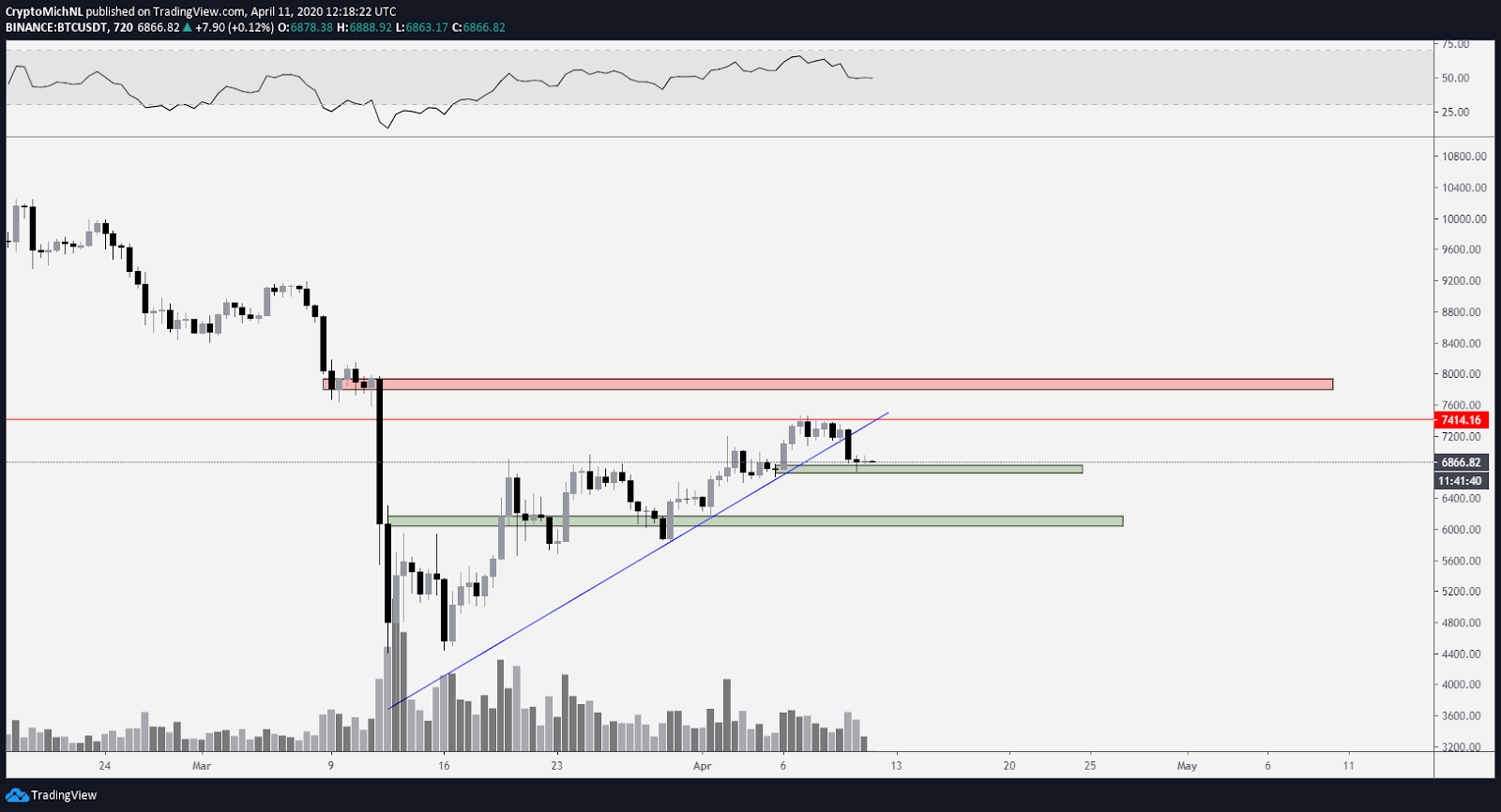 The 12-hour chart is showing a clear breakdown of the upwards trendline, indicating weakness and a probable reversal around the corner.

The price of Bitcoin couldn’t reach the next resistance, as the price rejected at $7,400, while many traders were anticipating a rally towards the $7,600-7,800 level.

Further, the 12-hour chart is showing that the price of Bitcoin is holding on to the final level of support before a further heavy dropdown is ready to occur. 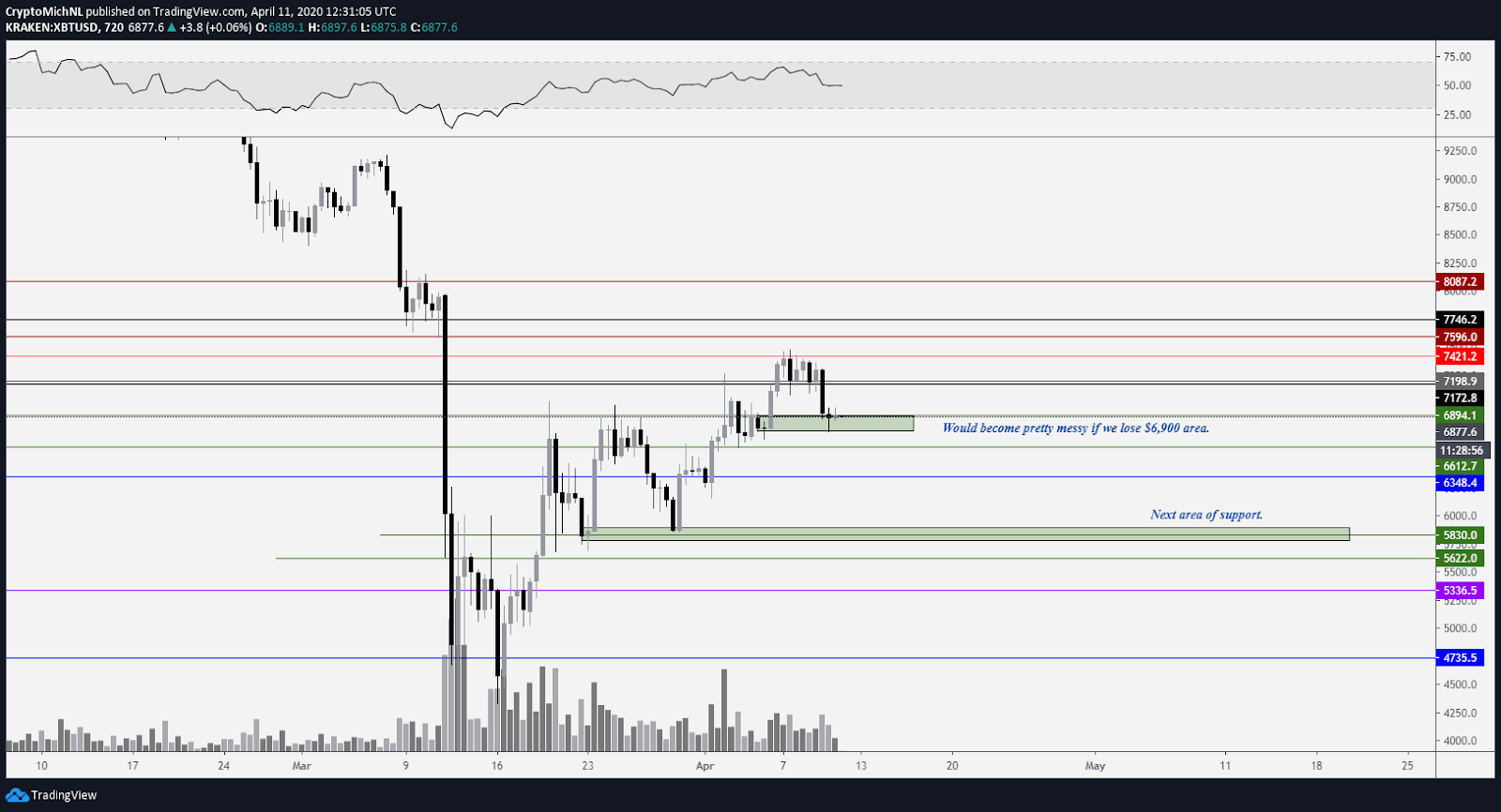 The recent drop down didn’t cause a high volume profile while losing the next support zone at $6,750-6,800 will likely provide a giant sell-off towards the support zone at $5,800 and confirmation of a further downwards trend.

The reason for that is that the price of Bitcoin would be making lower highs and lower lows initiating the continuation of a downtrend. 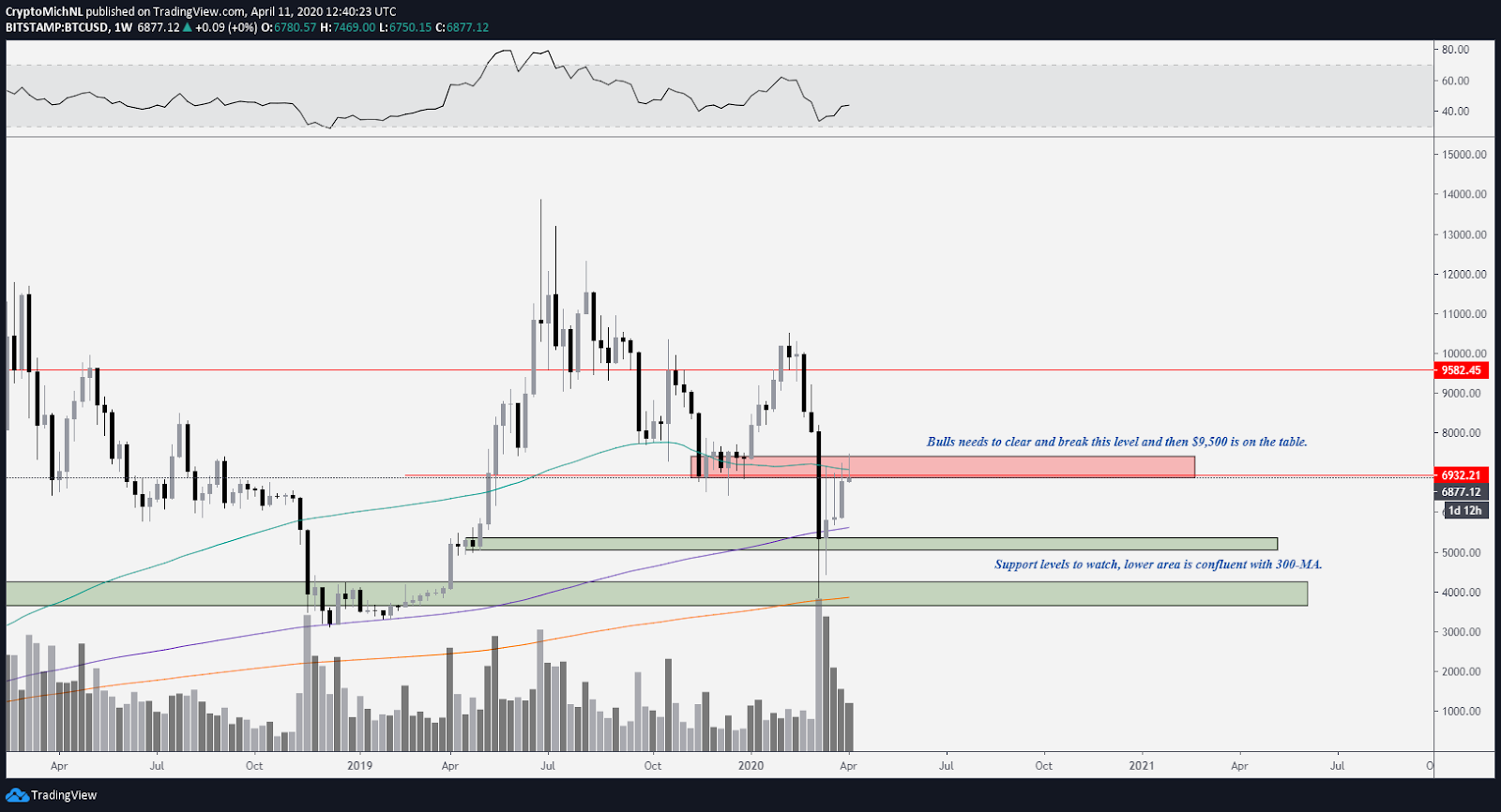 The weekly chart is the most crucial chart at this point. Closing the weekly candle above the red zone and preferably above $6,900 would give bullish signals of continuation. The resistance level at $6,900 will be cleared, and what’s more, the price of Bitcoin would reclaim the 100-week MA (Moving Average), which can be stated as a bullish signal for the market.

However, the wicky structure of the recent rally upwards confluent with the decreasing volume implies a downward test is likely to occur.

The $210-220 billion then saw a swift rejection, after which temporary support at $185 billion was found.

However, losing the $185 billion will imply further downwards momentum, and the next levels are then the $105-115 billion, $130 billion and $153 billion. Each one of these levels would indicate that a significant drop is to be expected.

The bullish scenario for Bitcoin

The bullish scenario is pretty straightforward but less likely at this point. The price of Bitcoin just lost an upwards trend, which implies further downwards pressure to occur.

However, there’s a possibility that the dropdown is a fake-out. For that to be the case, the price of Bitcoin needs to hold the $6,750-6,800 area for support, in the first place.

After that, the main goal to go for is reclaiming the yearly level at $7,200 for support. Once that happens, a further upwards push is to be expected. Targets to be defined are $7,800-7,800 as the next levels.

Such a move upwards should preferably occur over the weekend as then the weekly candle would close above the 100-Week MA.

The bearish scenario for Bitcoin

As stated in the bullish scenario, it’s not expected that we’re going to break back further upwards. Therefore, the most likely scenario would be a bearish scenario where the price continues to drop.

However, over the weekend, a potential rally towards $7,050-7,150 could occur to confirm the previous support becoming resistance.

Bitcoin Price Suddenly Drops Below $7K, Crypto Market Under $200B